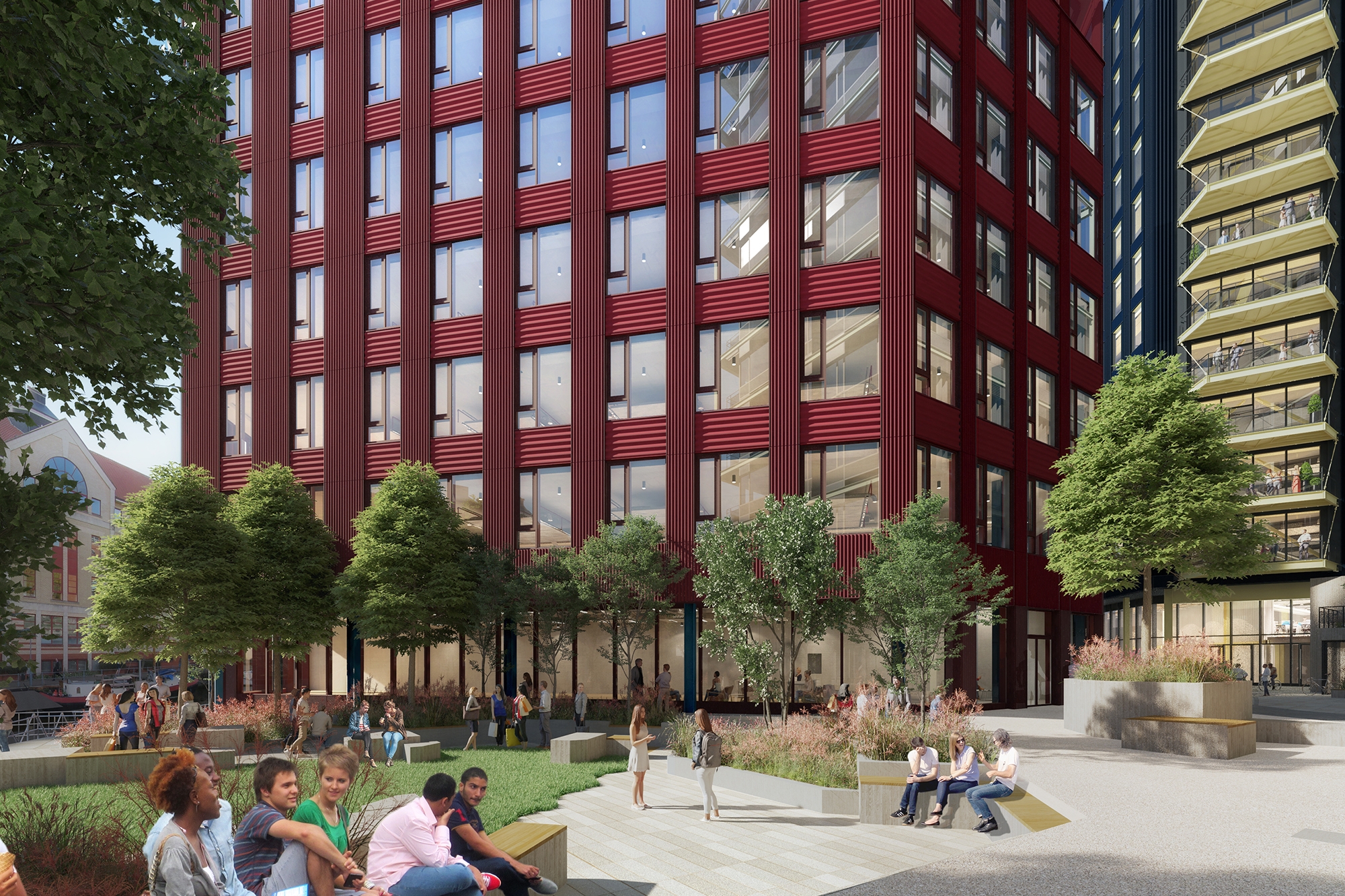 AXA IM Alts has commenced construction of Buildings B and C following the completion, tenant handover and £135m (€158m) sale of first phase at Assembly Bristol.

AXA IM Alts has begun construction of 121,000 sq ft of new offices at its prime harbourside Assembly Bristol city centre development, having completed the £135 million (€158 million) sale of the first phase of the project to LCN Capital Partners. Work on site has commenced ahead of securing a pre-let, with AXA IM Alts making the decision in anticipation of a significant increase in occupier demand for best-in-class Grade A office space in key regional cities post COVID, and in line with the government’s plans for levelling up the economy. AXA IM Alts' investment into Assembly Bristol is on behalf of its Development Ventures IV fund.

Construction of the last two buildings at Assembly Bristol follows the successful conclusion of AXA IM Alts’ investment into the first phase of the development, the 200,000 sq ft Building A, which has been completed and sold fully let. Having commenced construction in January 2019, six months later AXA IM Alts secured a pre-let to BT on the entire building for 20 years and subsequently worked closely with the occupier’s team to tailor the offices and amenities to the tenant’s requirements. Building A has now been handed over to BT for final fit out ahead of it becoming a hub for more than 2,000 employees in the city and wider region. In line with AXA IM Alts’ commitment to seeking to affect positive changes in society through its investments, Building A has already achieved a BREEAM Excellent rating and will be seeking a WELL certification. The building also has WiredScore platinum certification in line with its high technological specifications.

The final two phases - Buildings B and C, comprising 28,000 sq ft and 93,000 sq ft of workspace respectively - will cater to the evolving demands of occupiers by focusing on sustainability, public realm and community. The building will offer occupiers a number of features which are designed to promote staff wellbeing. These include access to outdoor areas on every floor, windows that can be manually opened to allow fresh air to circulate, outdoor public green spaces and more than 250 cycle spaces and changing facilities to encourage sustainable commuting. Allford Hall Monaghan Morris have designed Buildings B and C following their success with Building A, and Bell Hammer will work alongside AXA IM Alts as the development partner.

Once complete, Assembly Bristol will form a new mixed-use destination in the heart of Bristol, supplementing prime office space with cafés, shops, restaurants and public spaces. Canal-side walkways and new pedestrian links will create a new urban hub in the centre of Bristol, while the on-site public space has capacity for pop-up events to bring together local workers and residents.

As homeowners and businesses look for more space outside of London, Bristol is becoming an increasingly desirable location. A critical undersupply of prime office space coupled with growing demand for Grade A workplaces has created a strong local market for sustainable, highly-amenitised offices. The Bristol market is performing well, with take-up levels in Q1 2021 significantly ahead of the previous nine months[1]. The city was last year voted the best in the country for its green credentials and is set to benefit from some of the highest levels of technology-led employment growth of any UK region between now and 2025[2], a trend likely to further bolster demand for sustainable and modern Grade A office space.

Germain Aunidas, Global Head of Development at AXA IM Alts, commented: “With the successful conclusion of our investment into the first phase of this major project, we are now turning our attention on the delivery of the final two phases of Assembly Bristol. As we look past the pandemic, our focus is on fulfilling the increasing occupier requirement for buildings which have strong environmental credentials and a focus on employee wellbeing and productivity, as well as the permanent shift in how and where people want to live and work. Bristol is a market which already has a dearth of Grade A offices and with Assembly Bristol continuing to set the standard for the work space in the city, we anticipate significant interest from prospective tenants and for the final two phases to be as popular and successful as the first.”

Previous article Back to news Next article